What is Crystal Healing

Crystals have been around for thousands of years, being worked with by Shamanic and medicine people, recorded use date back over 5,000 years in Chinese texts on traditional medicine, the bible and Ayurvedic texts from India.

Crystals are made from minerals formed in the earth's surface, each crystal has its own precise atomic arrangement.

Crystals channel energy. They can focus, store, transmit and transmute this energy and it can be used for beneficial healing and energising effects. There are many explanations, mystical, magical, scientific for the healing effects of the Crystal. Crystals work through the human energy system, that is the Chakras and the Aura. Thier inflence on the energy field can effect healing within the body.

Each Crystal vibrates at certain frequency, it has been shown that they exhibit piezoelectric and pyroelectric effects.

Scientifically, Crystals are used in many modern technology, such as space rockets, guidance systems, lunar landers, Mars Rovers, watches, lasers and computer chips. Crystals can hold heat and electricity and can focus light energy. New studies at a Quantum mechanic level will contribute on how Crystals actually work. 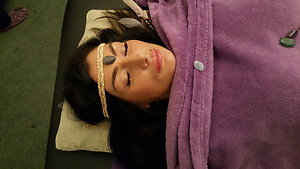 The Benefits of Crystal Healing

Crystals can help the body to speed up to repair itself physically. It can also help wit Mental health, emotional release and spiritual development or awakening, improving wellbeing and reduce or even remove symptoms of dis-ease and promote health and recovery. 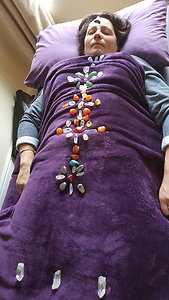 What happens during a treatment

After the intitial consultatation, you will lie fully clothed on the couch. The crystals will placed along the head and body, working with a pendulum the Crystal healer will work over each chakra, (which are the 7 main energy centres of the body) working intuitively seeing which chakra is unbalanced, needing energy put in or out with a Quartz Master Crystal. Smaller clear quartz crystal points can be added to amplify the healing. Then other coloured crystals relating to each chakra can also be built up around some or all of the Chakras.

Amethyst Trail
The Amethyst is a powerful healing crystal, if you have a specific ailment to be targeted which could be connected to another chakra, this is ideal. 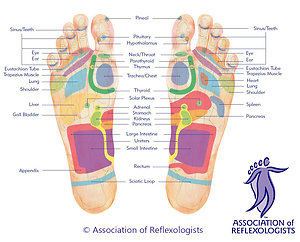 I am very proud to have passed all my coursework and received certification to enable me to safely treat from conception to post birth ! 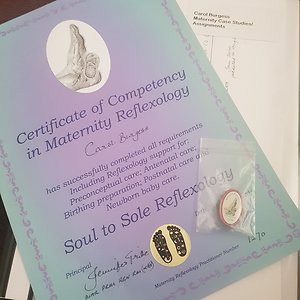